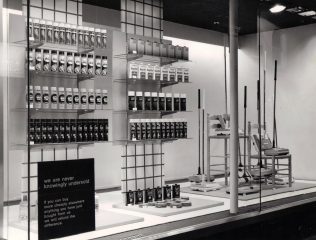 First used in 1925, the Never Knowingly Undersold slogan has ensured that customers appreciate the goods available in John Lewis offer very good value. Initially designed by Spedan Lewis to ensure Buyers were as competitive as possible when purchasing stock from suppliers, it was also advertised with another slogan “The best value in London and the most obliging staff”.

A team, called the Intelligence department, was created and sent out to check prices at competitors’ establishments. Partners were paid an Undersale Bonus for reporting any cheaper products they came across and for some, for whom this became almost a hobby, this became an important addition to their pay.