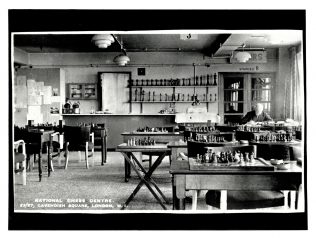 Given Spedan Lewis’s interest in chess it was perhaps not surprising he formed the Chess Centre Company with Hugh Alexander in November 1939. The well known chess player Vera Menchik was employed as the Centre Manager.

It was housed above John Lewis Oxford Street and was destroyed in the bombing of the shop in 1940.

After the War the Centre was not rebuilt but the Partnership’s Chess Club, which was originally founded in 1930 continued.