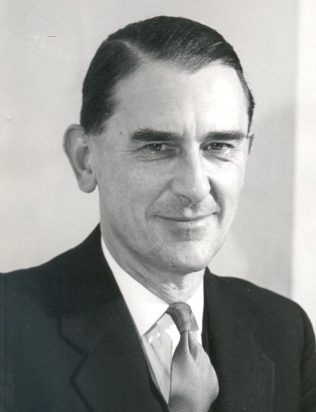 Paul May joined the Partnership in 1932. In 1934 he became Buyer of fancy silks a post he held until 1940. After the War he held various buying roles and was also Financial Adviser, and Director of Maintenance and Expansion before taking control of the newly created Directorate of Research and Expansion.

He became Deputy Chairman in 1955 until his retirement in 1970. One of Spedan – and later – Bernard Miller’s key advisers, his experience and expertise helped the Partnership negotiate its most difficult trading period in the early 1950s.