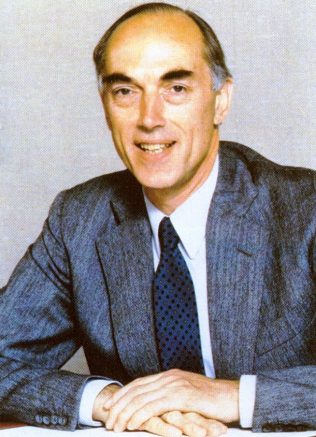 After National Service and Oxford, Peter Lewis was called to the Bar in 1956, yet three years later, much to the initial dismay of his father, Oswald Lewis, Peter joined the Partnership as a Management Trainee, although as a nephew of the Founder he could expect no special treatment – Spedan made sure of that!

Gliding through the ranks

He rose quickly through the Partnership ranks, managing the Stationery department in Oxford Street by the end of his first year, soon a buyer, and Director of Trading by 1967. Clear, direct questioning, impeccably mannered and commanding, Peter was a natural successor to Sir Bernard Miller and proved to be an excellent choice as the Partnership’s Chairman from 1972-1993.