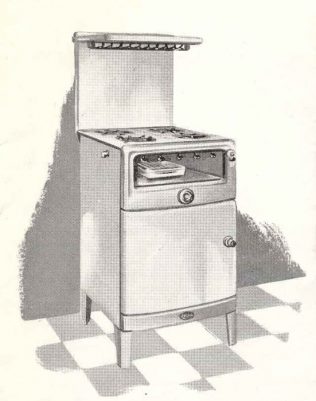 Electric cookers turn electricity into heat. The electricity pushes its way through a special wire called an element, which becomes very hot. Each element is held inside a metal ring either on top of or inside the oven. As the element heats up, the heat passes through the ring to cook the food.

Food has always been cooked over heat to improve the flavour, texture and remove harmful bacteria. As kitchen equipment became more complex free standing cookers were installed. These cookers used either gas or electricity to heat up a chamber in which the food could placed until it was cooked.