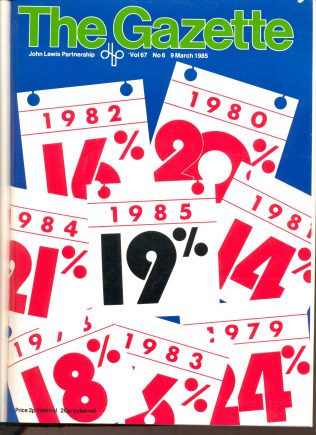 As soon as he felt able, John Spedan Lewis put his ideas of profit sharing into operation. In 1920, without his father’s knowledge, he gave the staff at Peter Jones certificates known as Share Promises. These were given out on the understanding that, when he was able, he would replace these Promises with shares in his business.

This was not to happen until after his father’s death and the formation of the John Lewis Partnership in 1929. Although the shares and share promises should not be sold on the open market they could be exchanged for cash. However, it was intended that as many as could should hold on to the shares allowing them to both increase in value and retain the money within the business.

It was not until 1965 that the first moves to change from stocks to cash were introduced. The 12% bonus paid out in 1969/70 was the first to be paid fully in cash, a system which continues today.