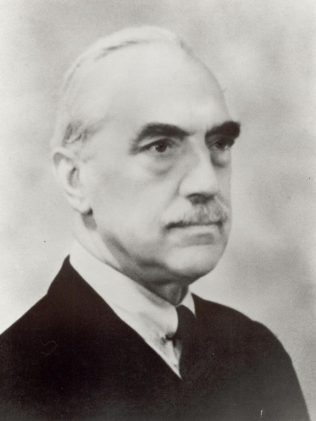 Oswald Lewis, Spedan’s brother and father of Peter Lewis, had a fragmented career in the Partnership, working in the Counting House for four years before going to Oxford and being called to the Bar. Invalided out of the Army in 1915, he returned to John Lewis for a further 10 years, but then left in 1926 to pursue a political career and relinquished all his interests in the business to Spedan.

He was Conservative MP for Colchester from 1929 to 1945, chairing a number of standing and select committees during his tenure. He then returned to the Partnership in 1951 as Director of Financial Operations until his retirement in 1963. He died in 1966.